The Sgt. S. Matthew Baynard Foundation is a tax-exempt public charity.  All contributions are tax deductible to the extent allowable by law.  EIN 46-3683554.  Your donation is tax deductible under section 501(c)(3) of the Internal Revenue Code. For copies of our Internal Revenue Service paperwork, please contact us at SgtSMBfoundation@aol.com

Email us at SgtSMBfoundation@aol.com ​message us on Facebook to schedule an equipment drop off or to request help with athletic equipment or fees

"Gold medals aren't really made of gold. They're made of sweat, determination and a hard-to-find alloy called guts" 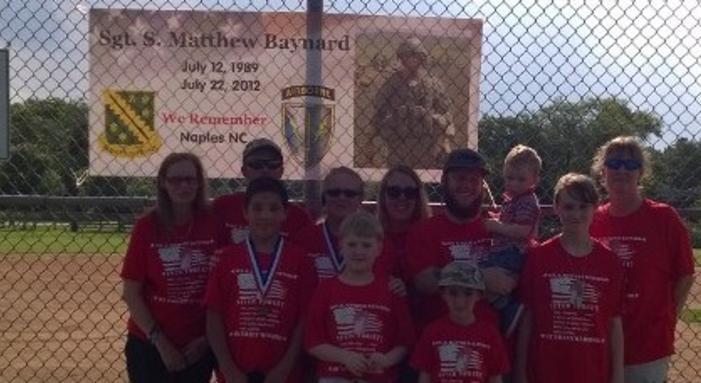 The Sgt. S. Matthew Baynard Foundation is a non-profit organization dedicated to funding athletic opportunities and training for children and young adults, by offering scholarships for seasonal sports, camp and clinics, particularly in Western North Carolina. Established in 2013 by Matt's family and friends, the foundation is working to organize 4 events per year which will raise funds for the scholarships. The 1st Annual Sgt. S. Matthew Baynard Invitational baseball tournament was held on June 20-22, 2014. A wrestling tournament, a 5K run and a youth football game is in the works for 2015.

Matt was a loving father and husband, a dedicated brother and uncle, an amazing son and soldier. He passed away unexpectedly on July 22, 2012 from complications of injuries he had suffered while on deployment. Matt planned to move back to Western NC, with his wife and son, get a degree in Personal Training and open his own gym. Matt was a five time All American wrestler, working out of Strong & Courageous Wrestling Club for 11 years. He also played baseball, soccer and his son, Winston, will be the 3rd generation this season at West Henderson Youth Football. Matt was an avid body builder and was training in BJJ. 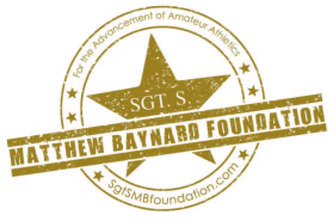